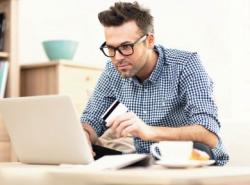 Renters want to buy, but new buying challenges are keeping the transition to homeownership a lengthy process It’s the time of year when people start saying, “We’re going to buy a home next year.” But, one study suggests that the majority of renters planning to buy within a year won’t: The Federal Reserve followed a group of renters who in 2013 said they’d be buying, but in a follow-up a year later, two-thirds remained renters.

The basic reason why younger adults aren’t buying homes at the same rate as earlier generations is financial, says Nela Richardson, chief economist at real estate brokerage Redfin. “A good credit score is now so important to qualify for a mortgage,” she notes. “And if you don’t have much money for a down payment, you’ll need a very good score.”

Indeed, a survey of active home shoppers aged 25 to 34 by the National Association of Realtors found the most common “trigger” pushing them into buying was an increase in income.

A boost in income can make it easier to save for a down payment, but it still can take months of on-time bill paying to repair credit, notes Richardson.

Sometimes, it’s an effort to uncover financing options that help renters buy, says Doug Leever, mortgage sales manager for Tropical Federal Credit. Since 2012, the Florida credit union has quadrupled the number of purchase mortgages it’s made, largely due to counseling borrowers on lowdown payment mortgage plans and how best to pay down debt.

According to the Federal Reserve, some 81 percent of current renters said they’d prefer to buy if they could afford it.

Resolve to buy only if future plans align with that goal. Says Herbert: “Moving costs, including sales commission, are high, and so a rule of thumb is you should be very likely to stay put for at least five to seven years.”