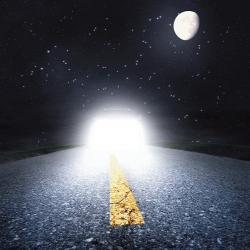 Today’s automotive car headlamps don’t do an adequate job of illuminating poorly lit nighttime rural roads, which accounts for 40 percent of all miles driven in the United States.

That’s according to research conducted by AAA in Orlando, Fla. The organization found that halogen headlamps, currently included in more than 80 percent of new vehicles, may fail to safely light the way on otherwise unlit roadways at speeds as sedate as 40 mph. Specifically, they don’t allow a driver enough opportunity to detect an object, pedestrian or animal down the road, react and come to a complete stop in time to avoid a collision.

Not as widely available and usually offered at an extra cost, the AAA found LED and high-intensity headlamps to illuminate dark roadways 25 percent better than halogen lights, though they still fall short at speeds over 45 mph. Choosing the high beam setting on these types of headlamps offered significant improvement, however, stretching visibility to as much as 500 feet on otherwise dark roads.