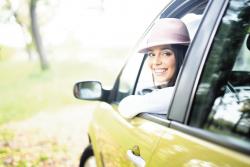 Some states treat its motorists better than others in terms of ownership costs, commute times and other factors Though much of America is more or less homogenous, some states are inherently more hospitable to motorists than others. Ownership costs, including gas prices, insurance premiums and repair costs vary from one part of the country to another, and some states manage to register higher or lower fatal crash and car theft rates, put motorists through longer or shorter average commuting times.

According to a just-released report issued by Bankrate.com in New York City, idyllic Idaho is the country’s most amenable state for drivers, boasting cheap gas and insurance costs, short commute times and low theft rates. On the other hand, the worst state in which to own an automobile is otherwise lovely Louisiana, where motorists pay the highest insurance premiums in the country and are statistically more likely than the norm to be involved in fatal crashes.

A lot of this, it seems, has to do with how densely or sparsely populated an area is, especially with regard to insurance costs, traffic fatalities, car thefts and so on that are most associated with large urban areas. “Population density has a big effect on these rankings,” says Chris Kahn, Bankrate.com’s research and statistics analyst. “The best states for drivers have lots of open spaces, whereas the worst states tend to have people and cars — a bad combination for drivers’ wallets.”

Here’s Bankrate.com’s list of the 10 best states for drivers and reasons why they’re so motorist friendly:

And the 10 worst states for drivers cited in Bankrate.com’s report are: 1. Louisiana: The nation’s highest car insurance costs and an above-average fatal crash rate.

4. Maryland: The longest commutes in the nation, with high insurance rates, fuel and repair costs and high theft rates.

Repair costs were attributed to CarMD.com, gas spending was calculated with statistics from the Bureau of Transportation and the Oil Price Information Service and insurance costs were compiled from the National Association of Insurance Commissioners. Theft statistics came from the Federal Bureau of Investigation and fatal crash rates were from the Insurance Institute of Highway Safety. Commute times were determined from the U.S. Census. Bankrate.com analyzed the statistics and built a standardized ranking that gave each category equal weight.