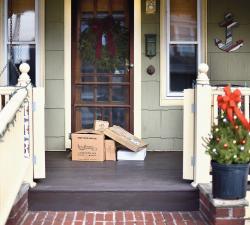 STAFF PHOTGRAPHER ERIC SUCAR The theft of packages delivered to doorsteps is becoming a bigger problem as more and more people shop online for their Christmas gifts.

Woodbridge Police Capt. Roy Hoppock said package theft has become a growing issue, and there are very few ways to address it.

“It’s a problem. It’s a crime of opportunity is what it comes down to,” he said. “So many more people are [shopping online] and more and more packages are being left on people’s front steps, and people drive by and they see them and they grab them.”

Hoppock said Woodbridge police recently made an arrest involving package theft and charged a woman with three counts of theft by unlawful taking after three packages were taken from an apartment complex on Dec. 7 in the Fords section of Woodbridge.

“We did a follow-up and on Dec. 13 we made an arrest of a female that was staying at [a nearby hotel],” he said. “Most of the time it is difficult to make an arrest unless there is video.” 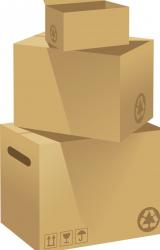 According to Hoppock, some shoppers utilize their neighbors in an effort to thwart any potential theft.

“If they have the luxury of having some neighbors that don’t work or if the person knows there is going to be a delivery in a day or two, let your neighbor know,” Hoppock said. “That seems to be the best, but not everybody has that luxury.”

Howell Police Detective Sgt. Christian Antunez said thefts of this nature occur sporadically throughout the year, but increase in frequency significantly during the holiday season. He said that as of Dec. 14, police had received at least five reports of thefts of packages since Nov. 1.

“The number is likely higher because some people do not report the thefts to police. We strongly encourage residents to report any thefts to the police department,” Antunez said.

In a public awareness announcement, Howell Police Chief Andrew Kudrick said most thefts of packages occur during the afternoon and/or early evening hours.

Victims are asked to report thefts online at www.howellpolice.org or call the police. In the event the person who stole the item is caught, the merchandise could be returned, Kudrick said.

“Once the item is confirmed to have been delivered and most likely stolen, call the police immediately and file a report with as much information about the theft as possible, including the number of boxes, the items stolen, the value of items stolen, carrier, the time and date of delivery,” Antunez said.

He said the Ramtown area of Howell south of Lakewood-Allenwood Road appeared to be a target for this type of illegal activity.

“We are adding extra patrols in the area to stop and identify suspicious vehicles and persons and to increase visibility. This also includes plainclothes personnel,” Antunez said, adding that the reported thefts remain under investigation.

He said police are working diligently to investigate the crimes that have occurred and to prevent future crimes.

“We encourage residents to be vigilant and to contact the police immediately if they see suspicious vehicles or people in their neighborhood. Suspicious vehicles can include vehicles driving aimlessly, very slowly, up and down the street, apparently lost, such as driving down cul-de-sacs or dead end streets, and other similar actions.

“Suspicious people can exhibit similar behavior and also include clothing meant to conceal their identity, approaching houses and then asking about lost dogs or other fictitious stories when confronted by homeowners and other similar behavior,” Antunez said. “Unfortunately, we cannot be everywhere at once, so we ask that residents bring their delivered packages inside as soon as possible to limit their exposure to thieves. We also ask that neighbors be aware of their surroundings as much as possible to protect the community and to look out for one another.” Kudrick suggested residents might want to view a www.travelers.com “How to Protect Yourself from Package Theft and ID Fraud” article. Tips include having packages delivered at work or choosing a specific delivery time if the retailer provides such an option. Delivery alerts and a trusted neighbor to take one’s package inside for safekeeping are also advised.

“There are undesirables always looking to take advantage of you,” Kudrick said, adding that residents should be aware of their surroundings.

“We try to get people to either use one of the shipping locations to pick up there, to have the tracking devices so they know exactly when their package is going to be arriving or set up a delivery with a friend, or what a lot of people do now is have packages delivered to their place of employment,” Niesz said.

Niesz said while the problem seems to be growing nationwide, it hasn’t been that big of an issue in Manalapan.

“There is a heightened awareness about it and in our township it hasn’t been as much of a problem,” he said. “In Manalapan we haven’t seen a great increase in it as of late, it’s been sporadic here and there.”

Niesz said while it is difficult to solve crimes involving stolen packages, a lot of homeowners are now using surveillance cameras and uploading the footage to social media to help identify the perpetrators.

Michael, the supervisor of customer service for the U.S. Postal Service in Red Bank, who wouldn’t disclose his last name, said the growing theft problem began about six years ago as online shopping increased.

He said mail carriers are taught different ways to conceal packages so they are not just left in plain site.

“If they have a screen door and the package fits, a lot of times the carriers will put it in between the doors,” Michael said. “Sometimes if they have a side door, they will do something like that, but other than that there is nothing to prevent it.”

Residents are being put on notice that packages delivered to and left outside homes are a target for thieves, particularly around the holidays.

“It is getting worse and worse,” Michael said. “After Thanksgiving is when it becomes larger.

“That’s when it becomes big but it is an all year round problem.”

In a statement from United Parcel Service (UPS), which delivers an estimated 630 million packages between Thanksgiving and New Years Eve, the company has not seen an increase in package theft in recent years.

“UPS delivers about 18 million packages every day, and our data indicate that the rate of incidents involving UPS has been relatively flat over the last few years,” the statement reads. “We have procedures in place to ensure all of our packages are properly delivered.

“We alert our drivers and seasonal driver helpers to specific incidents where law enforcement has contacted us. If a customer contacts UPS to report a stolen package, UPS would work with the original shipper through our claims process to make the consumer whole.”

 If you are not going to be home, have your packages delivered to work, a neighbor’s or relative’s house

 Have your package delivered to a local store for pick-up

 Pick up the package from the delivery company’s closest facility

 Ask the shipper to require a signature confirmation for delivery