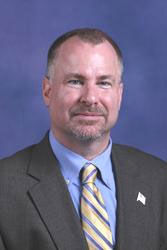 Ron Skobo, director of township recreation, parks and social services, has retired and his job will be taken by former mayor Robert Wagner Jr.
Both actions were approved by the Township Committee on Dec. 29.
Mr. Skobo’s last day was Dec. 31.
Mr. Wagner will begin work on Jan. 11. He will be paid $88,000 per year. The departments have about 12 to 15 employees.
Mr. Wagner resigned from the Township Committee in June 2012 to take a job as call center director in the N.J. Department of Labor. Under state law, he was prohibited from serving on the local governing board.
“A lot comes down to customer service,” he said Monday, “whether it’s running a program in social services or recreation or maintaining a park,” he said. “It depends on what type of feedback you get and what you do with it. To run something well, you ask the participants.”
He called the parks one of the “diamonds” in the township.
He was on the Township Committee from 2004 to mid-2012, when he withdrew after filing for a fourth term. He was selected by his committee colleagues as mayor in 2005, and as deputy mayor in 2004 and 2009.
While on the governing body, he served on the parks and recreation commission.
The parks and recreation commission was canceled Jan. 6 and rescheduled for next Wednesday, Jan. 13. The agenda calls for reorganization and monthly business.