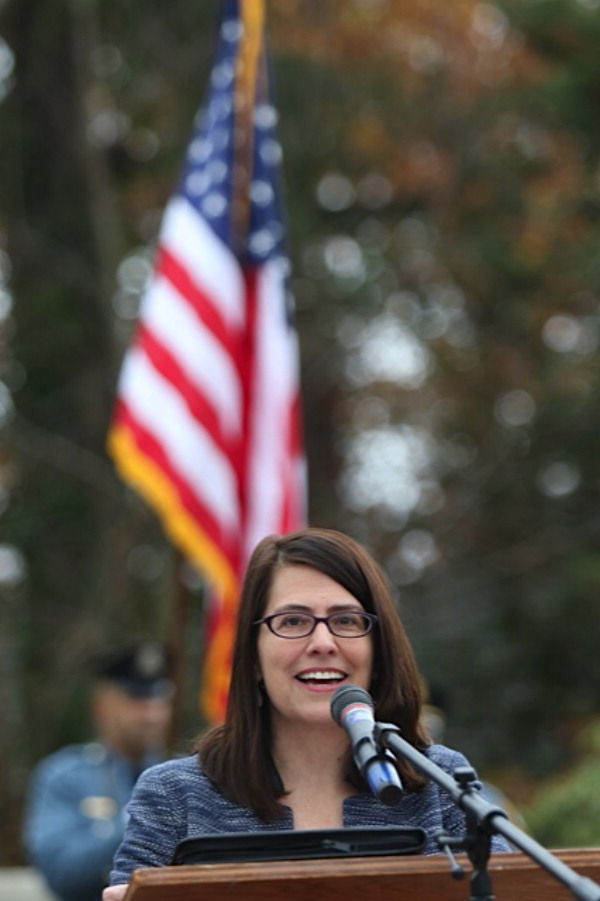 By Philip Sean Curran, Staff Writer
Mayor Liz Lempert, a self-described critic of big money in politics, said Monday that she was imposing limits on the amount that donors can contribute to her re-election campaign.
Individuals only can donate a maximum of $300, far less than the $2,600 per person amount that state law allows. Likewise, couples can only give up to $600.
Her campaign has not started accepting donations, but she said she wanted to establish rules ahead of time.
“I don’t want to be in an awkward position where I have to give something back,” she said.
Intending to run a grass-roots campaign, she said her re-election bid should be funded “by smaller donations from lots and lots of people rather than bigger donations from fewer people.”
“I’m a strong believer in campaign finance reform, I’m a strong believer in getting the big money out of campaigning from federal government, state government and even the local level, too,” she said. “I plan to run a grass-roots campaign, and I think the way you run your campaign, the way you fund your campaign, is integral to the kind of campaign that you’re running.”
In terms of how she set those contribution limits, Mayor Lempert said she talked the issue over with her campaign team. “It just seemed like a reasonable amount,” she said.
In 2012, Mayor Lempert was outspent in her election race. Campaign finance records showed that her Republican challenger, former mayor Richard Woodbridge, raised slightly more than $81,000 and spent $61,466. By comparison, she raised $8,319 and spent $4,128.
“I feel like it is important for Princeton to have our elections not be big-money affairs and to hopefully show that you can run an effective campaign that does not require tons of money,” she said.
In municipal races, candidates spend money on mailers to voters, newspaper advertisements and other campaign-related expenses.
She said she plans to roll over around $2,900 from her 2012 campaign fund into her re-election fund for 2016.
Mayor Lempert said she would not object to disclosing all her donors, not solely those who give more than $300, the amount the state requires campaigns to disclose the donor’s name, address and occupation.
“I don’t have a problem disclosing everything,” she said.
Mayor Lempert, a Democrat, announced in November that she was planning to run for a second term. In terms of how much she plans to raise, she said that would “somewhat” depend on whether she has a contested race or not.
Councilman and fellow Democrat Patrick Simon has said he is considering running against her but has not made up his mind.